Curious About Hypnosis – This file is for women who have never been hypnotized before, who believe it’s a load of hooey, or who are just not predisposed to ever wanting to try it. It will crack that solid veneer around her mind, just enough to get her interested. She may or may not come to you and specifically ask to be hypnotized, but eventually, she’s going to broach the topic with you. That’s when you know the file worked.

Addicted to Hypnosis – This is our most powerful hypnosis-based subliminal file, and it is designed with the sole purpose of getting your wife addicted to hypnosis. Our Addicted to Hypnosis scripts take her enjoyment of being hypnotized and starts to turn it into a compulsive habit that she’s going to want to indulge daily. She’ll ask you to hypnotize you, will feel unease anytime she’s not under trance, and will find herself going faster, harder, and more solidly into hypnotic trance every time you start to induce her. The sexual enjoyment she gets from hypnosis will increase as well.

Trainer Robert H was the lucky winner, who wrote me saying “Give me a little bit of time to choose what toy I want so I can find a way to spring it on my wife.”

Take all the time you need, Robert! When he decides, he’ll get the sex toy of his choice from Fleshlight.com.

Winners of Best Review Ever (2017) Contest

Everyone who submitted a review from 9/29 through 10/16 qualified to win this year’s “Best Review Ever” contest. The three winners we picked each get a copy of any file they want. Everyone else gets a $5 gift certificate for each review they submitted. To collect your rewards, email me directly at trainher@subliminalwifetraining.com so I can send you your coupons. Without further ado, here were our three winners:

The Most Intimate Review of 2017 goes to Hawkeye, who was man enough to admit that the file he bought did exactly what it said it did..and that just wasn’t what he had been hoping for (I’ve made that same mistake before)!

Ok so I have to admit I was a little frustrated with the results on this – but only because I realized after the fact that my concept of cock worship was not hand jobs, but blow jobs!

I played the rain version overnight on repeat and got a hand job from my wife the first morning.

Nothing then for about a week although I had been playing the silent version during the day and rain at night. One thing I did notice during this week was my wife telling me more frequently than normal how much she loves me and values me, and how attractive she finds me. I’m wondering if this is a byproduct of the core package which I believe you said is now part of all the 3rd gen products, SWT.

The next thing I noticed was that my wife would start something but not follow through. So on Saturday morning the following week (after a night of rain) I got the first half of a hand job and then she told me, “you can do something about that.” I wasn’t going to let the opportunity get away so I said, “I’ll show you exactly what I can do about that!” And proceeded to fuck her. The next morning I got the first half of a blow job before she lost interest. So I’m getting the feeling that she was starting to respond to the subliminals but was not completely convinced yet.

This was followed by about a week or 2 of some of the most bitchy, nit picky fighting that we have ever had as a couple. This really took me by surprise because we always get along! We are that couple that everybody always uses as an example of the ridiculously happy marriage. I’m glad to say that we talked it out and are past it, but I’m thinking there was a blockage there that was keeping us from getting down and dirty, and the subliminals forced that to the surface so we would have to deal with it.

I’m coming up now on a month of 3-4 hours of silent every day when we get home from work, and at least 4 hours of rain at night when she is sleeping. A new development I’ve noticed in the last week is that she will just reach out absent mindedly while we are doing normal stuff – watching tv, doing the dishes, etc, and feel my dick. I’m wondering if she is checking to see if I have a hardon. I don’t normally walk around with a boner all the time, so she hasn’t grabbed me when I’m hard yet. I’m interested to see what happens when she does.

I have been playing everything without her knowledge, just out of curiosity to see what would happen, not because I feel like I need to hide anything from her. We already have a pretty healthy sex life, which includes D/s and hypno play so nothing about this would be a problem with her. I’m wondering if you would be alright with making the files that I have paid for available for me to play for her, without the subliminal encoding. I’d like her to be able to hear exactly what she’s hearing when I tell her that I’m playkng subliminals. She’s super detail oriented and I know that will be the first question she has. Plus, I think even just listening to 20 minutes of un-encoded cock worship affirmations would get her pretty hot and bothered!

Back to my original feeling of frustration. I read the description more carefully and I realized that she was doing all of the things that the file tells her to do. I was expecting BJs and getting upset that I wasn’t getting them. But, she is touching and stroking my cock much more frequently than before I started playing the subliminals, and I have a feeling we have worked through some of the things that were holding us back from enjoying sexy time more frequently. I’m getting an oral file and swallow, which I will add to the rotation, to get her into the mood to worship my boner the way I expect her to.

I realize this review got really long. Please feel free to edit in what way you see fit. Also, if I can get the un-encoded files as mentioned that would be really appreciated. Thanks and kick some ass on the 20th!

The Most Inspirational Review of 2017 goes to FM, whose wife has found a love of ditzy, brainless sex thanks to Curious Bimbo. FM is training his wife to be something truly special, and her response to the training files was wonderfully inspirational:

Trainher, I and all the other men who use this site cannot thank you enough for how you’ve truly helped our marriages.

And the hands-down winner of Best Review Ever (2017) goes to Louis, whose playing of Bare Down There got TWO wives to shave their pussies for their husbands!

My wife and I have been using hypno and subliminal training files for many years on and off some with her knowledge some without…All with her consent..I use an Android Phone lined in surround sound speakers… Silent files…volume way up til right before any noise is noticed (love the 3rd Gen. Files..very quiet)
I ‘ve been running files one at a time on repeat 24/7 until I notice an affect…
Bare Down There I ran for about 8 days before the wife asked me to help make her smooth..hehehe I was thrilled…I setup for the task..This was an erotic thrill for both..I tell you I watched her clit swell up and her puss started drooling before I even finished.The sex was outstanding and she even commented than she felt every little sensation magnified!…
This was great..she had mentioned the experience to our daugher in-law (We live with her and our son)
She told my wife she had gotten tired of her bush and wacked it off 2 days ago!!! and “Having it bare down there had her horny as hell she couldn’t wait to scrub her snatch on our son!!!” This told me the file works!!! The sound setup works!!! Everyone can be affected…(some sooner than others AND unintended…my lucky son)….Thanx SWT 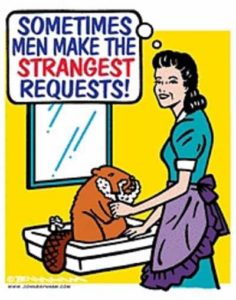 It’s midnight, and my surgery is in seven hours. Since I found out about the hole in my heart and got a surgery date and let you guys know what has been happening, the support you’ve given me has been incredible. I am truly blessed to have found a community of men with similar interests and life experiences who care for each other and are willing to at least take the time and send an email asking how a comrade is doing. Thank you everyone. If the files I make have made your life any better, then I know that I can die on the operating table having done good in this world, and making a difference. And if the universe sees fit to let me make it to tomorrow night, then I know I’ve been given more time to keep doing what I’m doing, and try making more wives into the porn-star sex goddesses we all wish they would be.

Thank you everyone. It’s been a hell of a ride. I hope I’m still on it this time tomorrow.